The 10 Best Portable Grills You Can Buy 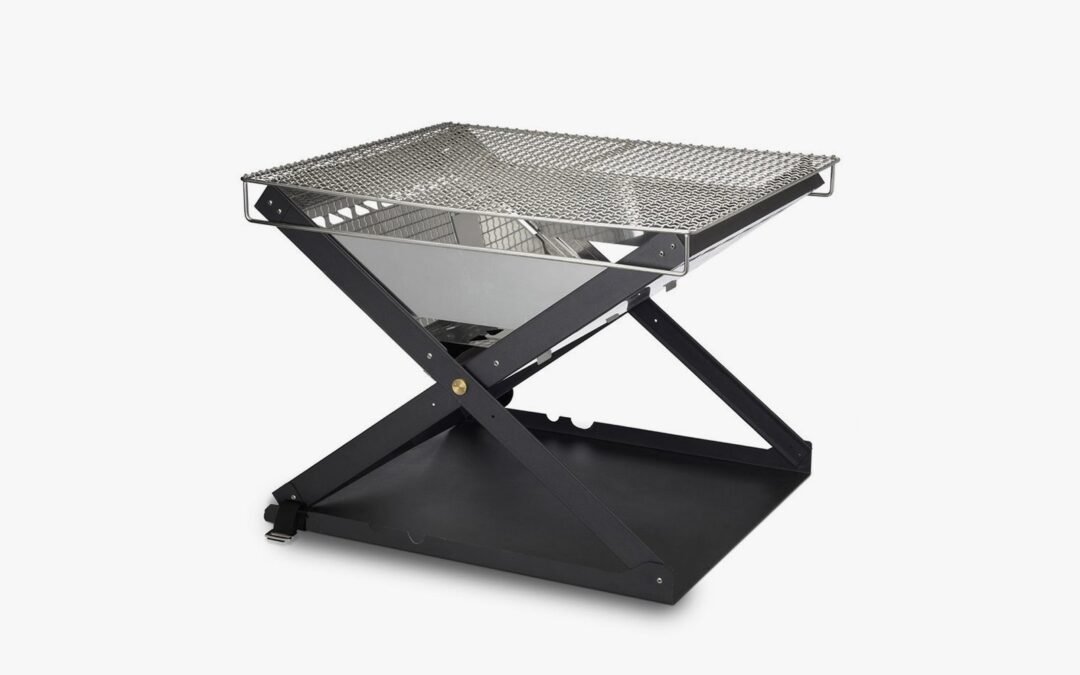 Perhaps the best thing about the FirePit is that when dinner’s over, you can lower the fuel rack and turn it into, well, a fire pit.

This is my new go-to charcoal grill for quick trips. I still love the Weber above, but the Kamoto has the edge when it comes to portability. It collapses down to store flat; the large version that I tested measures about 15 inches by 20 inches. Once extended, it’s big enough to handle 16-inch-long logs (or charcoal) with 255 square inches of cooking surface. That’s big enough to handle burgers and veggies for our family of five. Like the Takibi, the Kamoto doubles as a fire pit when you’re done cooking, which is handy for campsites where ground fires aren’t allowed (like at the beach). It’s also considerably cheaper than the Takibi, though not nearly as well made.

The compact design makes it portable and leaves plenty of extra trunk space, but I’m not crazy about the grilling surface itself. It’s a thin metal grid, and I find that heavily marinated meats stick a bit more than on wider, thicker grill grates. On the plus side, your asparagus won’t drop through into the coals.

My other concern is that relatively thin metal may warp with heat over time. Since this grill folds up, that could render it unusable. I’ve been using it regularly (about once a week) for six months now, and it still collapses nicely, but one side has begun to bow out slightly.

The terms grilling and barbecue are often used interchangeably, which is fine, but if you get serious about cooking over flame you’ll want to learn the distinction. Grilling usually means cooking directly over high heat, while barbecue typically refers to cooking over indirect heat for longer periods of time. You grill steak. You barbecue ribs.

I used both methods to test, grilling everything from steak to salmon to corn, even kale. (This recipe for grilled kale is my go-to for testing how hard it is to clean a grill. It’s delicious but incredibly messy.)

For the charcoal options, I also barbecued ribs and pulled pork. I haven’t tried brisket, but I believe it would be possible to do a smaller piece on the Weber Jumbo Joe.

The ubiquitous disposable green propane bottle is convenient, but it’s a huge source of pollution. It’s illegal in many jurisdictions to throw them in the trash, though that doesn’t stop many people, it seems, given how many of these end up in landfills every year. Don’t be that person.

Unfortunately, refillable options for the smaller canisters are currently out of stock in many places. If you have the room and space, we like these larger, pricier options at Amazon and Camping World. Cooking outdoors over both stove and grill, three meals a day, an 11-pound tank lasts me about two weeks. It’s small and light enough to not be any more difficult to cart around than the four to six 1-pound bottles it replaces.

You can also buy an adapter ($9) to refill your smaller canisters, though depending on where you live and your level of common sense, this may not be legal or advisable, as you can easily overfill or break the valve. If you live in California, you may also be able to bring in 1-pound canisters for free refills or exchange empty canisters for full ones.