Is It Ok to Torment Non-Player Characters in Video Games? 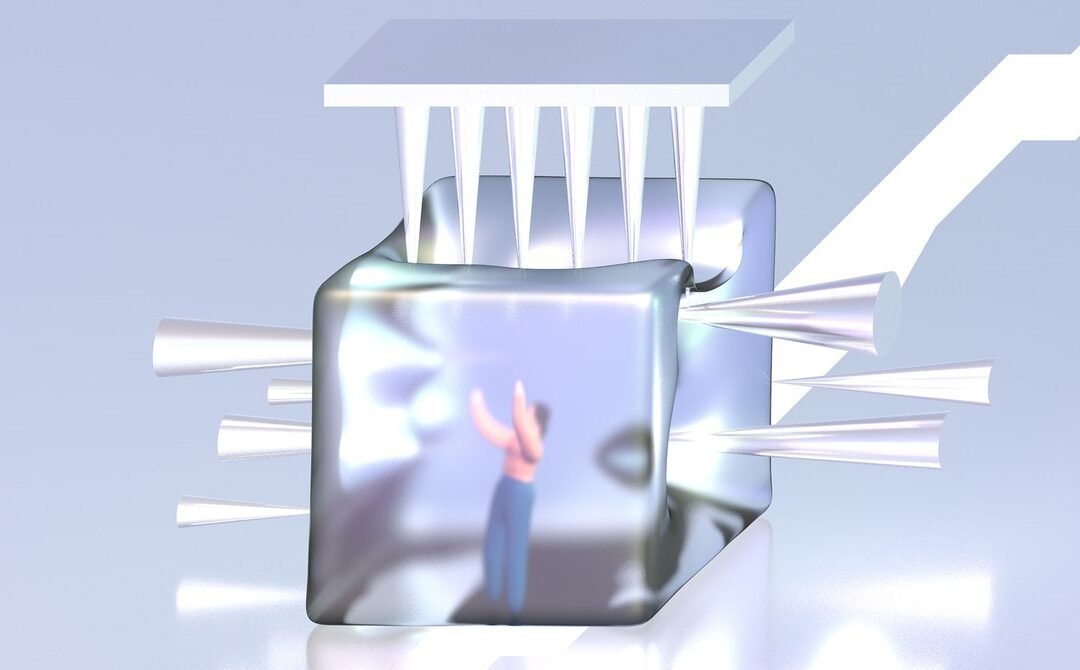 SUPPORT REQUEST: I’m playing a sim-style game, and the non-player characters that you deploy have particular skills, weaknesses, likes, and dislikes. So I sometimes put them in situations that I know will make them uncomfortable, like sending a guy who is afraid of space out to mine an asteroid. The results can be hilarious. But I also feel a little uneasy that I’m not letting them live their best lives. Am I being unethical?

Games of this sort allow ordinary mortals to live out the fantasy of playing God. You become the demiurge of your own digital cosmos, dictating the fates of characters whose lives, such as they are, remain subject to your whims. Playing them tends to raise the sorts of questions that have long been taken up by theological and tragic literature.

Ever since we humans started writing, it seems, we have suspected that we are pawns in the games of higher beings. In the Iliad, Hector, upon realizing that he is facing death, complains that men are playthings of the gods, whose wills change from one day to the next. It’s a conclusion echoed by Gloucester in King Lear, as he wanders the heath after being ruthlessly blinded. “As flies to wanton boys are we to the gods. / They kill us for their sport.”

In the book of Job, Satan and God place a bet on whether Job, a most righteous man, will curse God if enough suffering and hardship befall him. After securing God’s permission, Satan kills Job’s children, his servants, and his livestock and causes his body to break out in boils. Job, who has no clue that his suffering is simply the subject of a gentleman’s wager, can only assume that his woes are divine punishment. “My flesh is clothed with worms and clods of dust,” he cries out. “My skin is broken, and become loathsome … My life is wind.”

It’s difficult to read such passages without sympathizing with the human victims. And I imagine that the uneasiness you feel when provoking your characters means you suspect that you are similarly making them suffer for your own entertainment. Of course, non-player characters—NPCs—are just algorithms with no minds and no feelings, hence no ability to feel pain or discomfort. That is, at any rate, the consensus. But humans, as you probably know, have a bad track record of underestimating the sentience of other creatures (Descartes believed animals were simply machines and could not feel pain), so it’s worth taking a moment to really consider the possibility of algorithmic suffering.

Many NPCs rely on behavior tree algorithms that follow rote if-then rules, or—in more advanced characters—machine-learning models that develop their own adaptive methods. The ability to suffer is often tied to things like nociceptors, prostaglandins, and neuronal opioid receptors, so it would seem that video game characters lack the neurological hardware required for a pain response. Emotional distress (our ability to feel fear, anxiety, discomfort) is more complex, from a neurological standpoint, though emotion in humans and other animals often relies to some degree on external stimuli processed by the five senses. Given that these algorithms have no sensory access to the world—they can’t see, feel, or hear—it’s unlikely that they are capable of experiencing negative emotions.

Still, when it comes to the ethics of suffering, neurology is not the only relevant consideration. Some moral philosophers have argued that the ability to hold preferences—the capacity to see the world in terms of positive and negative outcomes and to develop decisionmaking processes about these outcomes—is a definitive criteria for real suffering. One advantage of speaking of preferences rather than pain is that whereas pain is entirely subjective, felt only to the person who is suffering, preferences can be observed. We know cats have preferences because they recoil from bathtub water and sometimes scamper off when approached by dogs. The fact that your NPCs have, as you put it, “particular skills, weaknesses, likes, and dislikes” suggests that they do in fact have preferences, though this is also something you can test by simple observation. When you put them in undesired situations do they resist or struggle? Do they exhibit facial expressions or body movements you associate with fear? You might object that such behavior is simply programmed in by their designers, but animal preferences could similarly be thought of as a kind of algorithm programmed by evolutionary history.