How ‘Big Funeral’ Made the Afterlife So Expensive 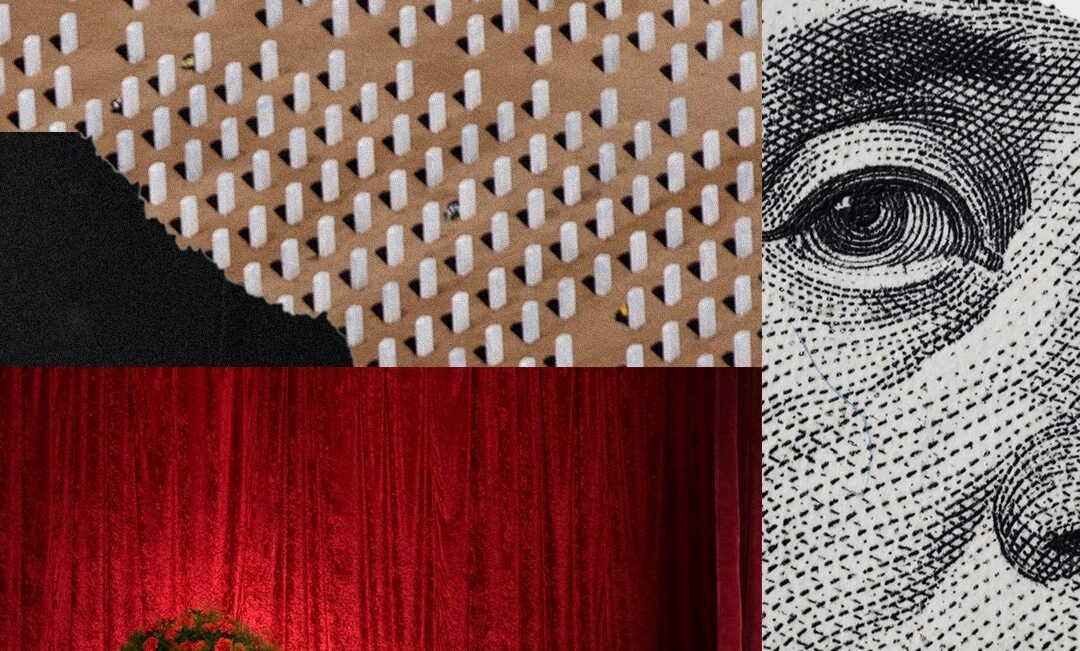 “You can’t die these days because it’s too expensive,” Randy Hinojosa told Time last year. Hinojosa had just paid $15,000 for a funeral for his wife of 26 years, after she died of the coronavirus. Like thousands of families coping with unexpected pandemic funeral costs, he drained his savings and launched a crowdfunding campaign to recoup some of the losses. “I didn’t even want to ask anybody for money,” Hinojosa said, crying. “I had this pride that I could do this.”

The pandemic, which has killed 690,000 Americans and counting, has magnified the importance of swift, respectful disposition of the dead—and the untenable cost of doing business in the current system. In 2019, the average funeral cost $9,135, according to the National Funeral Directors Association. That included viewing and burial, but not dwindling cemetery space or big-ticket items like monuments and other grave markers. Even cremation, for decades promoted as a cheaper (and greener) alternative to burial, now averages $6,645.

These practices are not just financially devastating, they’re also environmentally calamitous. In addition to human remains, traditional burial puts an estimated 1.6 million tons of reinforced concrete and 800,000 gallons of formaldehyde—a chemical used in embalming and a probable carcinogen—into the earth each year. Cremation, meanwhile, generates an estimated 534.6 pounds of carbon dioxide per person—more than the per capita emissions of Afghanistan.

These harsh end-of-life economics have contributed to a crisis of funeral poverty in the US, says Victoria J. Haneman, a professor at Creighton University School of Law in Nebraska. Funeral poverty existed long before the pandemic and, without significant reform to both the funeral industry and to national and local systems of funeral aid, many families will continue to struggle with growing credit card debt and new personal loans amidst their crushing grief.

Thanks to the efforts of Big Funeral, the industry holds a monopoly on the afterlife—and it’s pricing people out of dying.

In the worst-case scenario, people will be forced to leave their loved ones unclaimed in county custody, where sheriffs, medical examiners, social workers, chaplains, and others will cremate or bury the remains. In the US, as many as 3 percent of bodies are left unclaimed each year, a number that has reportedly risen due to economic inequality, the opioid epidemic, and the pandemic.

Though the US has the resources to guarantee everyone a proper burial, they’re not evenly distributed. “We should not be normalizing the $9,000 as the average cost of a funeral,” Haneman says. “Not only is that staggering, it’s wholly unnecessary.”

For most of American history, people died at home, where they were tended to by loved ones. Women in the community prepared the body, while men made the casket. That started to change with the Civil War, where death occurred on faraway battlefields. Enterprising morticians subsequently popularized embalming, a preservation technique that allowed families to ship bodies long distances so those who died could be buried where they had lived.

Today, death is a $20 billion industry. (That’s similar to the total revenue for the global music business in 2019, or the market for meat substitutes.) In its most corporate and cynical forms, it’s marked by largely unchecked pricing, including markups as high as 500 percent on caskets. It’s also defined by decades of resistance to innovation, even as public attitudes toward death are shifting. In 2015, for example, one funeral conglomerate estimated that for every 1 percent of its customers who chose cremation the company lost about $10 million—a “problem” some morticians attempt to solve by selling families often-unnecessary services and products, from pre-cremation embalming to pricy urns.

Where many communities were once served by small mom-and-pop funeral shops, the death-care landscape has been transformed by shareholder-driven companies. Service Corporation International is the largest funeral services provider in North America, with over 1,500 funeral homes and 500 cemeteries in its portfolio, accounting for roughly 16 percent of the overall market share. Instead of lowering prices as it has scaled, SCI prices average 47 to 72 percent higher than those of its competitors, according to a 2017 report coauthored by the Funeral Consumers Alliance. The only people who don’t seem to mind are investors, whose stock is up 151 percent over five years. Thanks to the efforts of Big Funeral, the industry holds a monopoly on the afterlife—and it’s pricing people out of dying.