Environmental Law Is Getting in the Way of Climate Action 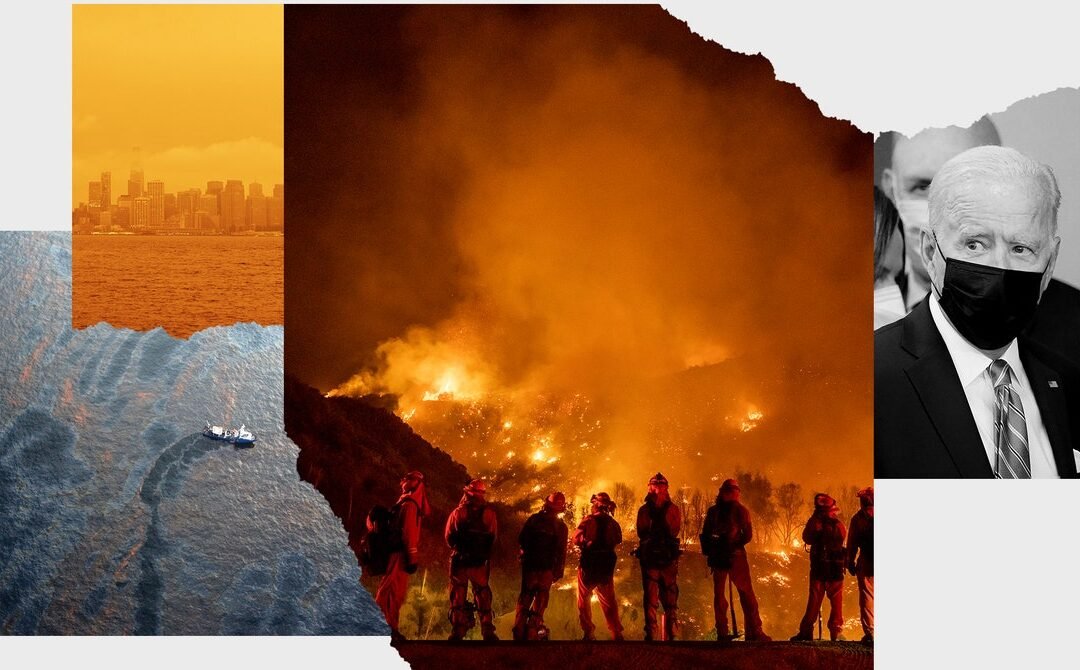 The decades-long failure to act shows that many existing environmental laws “are made for very old problems,” Wood says. In Nixon’s day, Americans were concerned with issues like smog, acid rain, and dwindling landfill space. Some of those issues remain, but they “have been utterly eclipsed by the oil and gas industry’s attack on the planetary system,” Wood adds. While 20th-century legislation could, in theory, be amended once again to account for soaring levels of atmospheric carbon, such laws often end up hindering emissions reduction efforts instead.

Take the Clean Air Act: In 2007, the Supreme Court ruled that the EPA could include carbon, methane, and other greenhouse gases in the legislation’s definition of “pollutant,” though it was up to the agency to decide if it would. Just three years later, the same logic resulted in the Supreme Court ruling that people cannot sue corporations for excessive greenhouse gas emissions under federal common law, simply because the EPA has the statutory authority to regulate such emissions. The fact that the EPA wasn’t regulating such emissions didn’t matter—the mere fact that they could have been was enough to stop the suit. While similar lawsuits might still succeed under state regulations, the Supreme Court’s decision closed off, at least temporarily, one more path to action.

Just as the “environment” refers to people, animals, plants, and their surroundings in the here and now, environmental law tends to refer to fairly discrete efforts to manage individual natural resources—a water bill here, a forest statute there. But as “climate” refers to shifts in regional, even global weather patterns, and the consequences over time, the vision for climate law is of a discipline that facilitates bold, swift, and holistic emissions reduction. New tools—for regulating all carbon emissions, for redistributing the wealth of the fossil fuel industry to fund carbon removal, and more—are required to address the existential risk we now face.

If there’s a seminal year in American climate law, it hasn’t happened yet. While the US and others have debated national and international action since at least the early 1990s, it’s a history full of false starts and broken promises. Most recently, the US joined, left, and rejoined the 2016 Paris Agreement, which aims to hold global warming to less than 2 degrees Celsius over preindustrial levels. But the treaty contains no real mechanism for enforcement.

Fortunately, the tide appears to be turning. At least internationally, new laws—with teeth—are being passed. In 2020, for example, Denmark passed a law that demands climate neutrality for the nation by 2050—and, crucially, has a provision to (at least theoretically) force elected officials to step down if they aren’t keeping the country on track. And in May, a court in the Netherlands ordered Royal Dutch Shell to cut its emissions 45 percent, compared to 2019 levels, by 2030, essentially requiring the company to shrink its oil and gas portfolio.

The hope, according to journalist Amy Westervelt, is that with a combination of great strides in attribution science (which helps connect individual extreme weather events to larger climatic trends), investigative journalism definitively showing that the fossil fuel industry knew of the harms of its business practices and worked to hide them, and new legal theory, the US will have some of its own successes soon.

While Wood is a legal scholar, not a practicing attorney, her ideas are at the center of such efforts. Shocked by Hurricane Katrina and its aftermath, Wood developed a new approach called atmospheric trust litigation, which argues that courts should compel governmental agencies to protect and maintain the Earth’s atmosphere for public use now and into the future.