Covid Is Pulling the Plug on Beloved Japanese Arcades 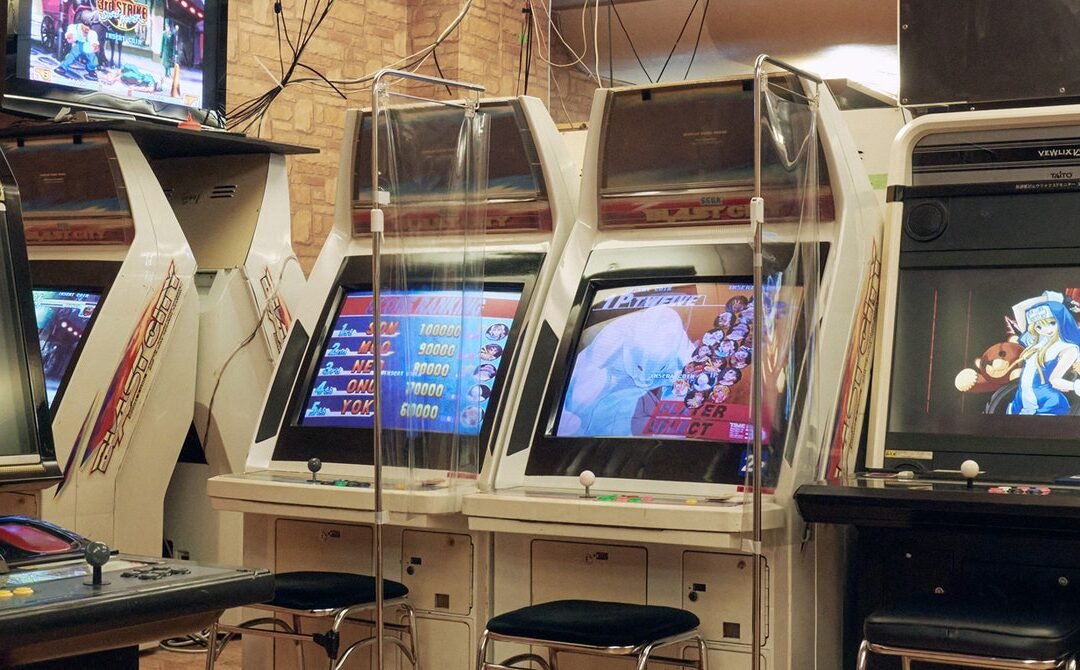 Deep into the final round of a first-to-10 bloodbath against Kuni, a Ryu great who’s similarly known for precise gameplay, Tominaga’s murderous Makoto backed Ryu precariously into his own corner. Seizing the opportunity to close the book on a white-knuckle hour of back-and-forth showmanship, Tominaga dashed in for a grab that would have ensured victory. But he mistimed the outstretched reach of the tiny karate wunderkind to give Ryu the opportunity to escape. This was Kuni’s moment: a golden blink of time when jumping away from the opponent at such a distance would mean coming down on Makoto like a meteor—and yet, another mistake. Kuni pressed the wrong punch button during the descent and botched his own set-winning combo. Tominiga chased down Kuni and clinched the 10-9 victory. The commentators for this now legendary set, both equally renowned 3rd Strike players themselves, flipped out.

Normally Game Newton, a small Tokyo arcade in the Itabashi City ward that has become holy ground for the 3rd Strike faithful, would be a cacophony of applause and cheers at what American Street Fighter legend Justin Wong has called the best set of the year. But not so after 2020. Not in the time of coronavirus. Not when Japan is under its second state of emergency in 12 months, one that restricts outside gatherings and operating hours for establishments like Game Newton. Unless you streamed it on Twitch or watched the recap on YouTube, you would have been one of five people to see it.

This has become the cold reality for small, revered game centers like Game Newton and Takadanobaba Mikado in Shinkjuku. Known not only for classic arcade games, but as the nucleus for scenes such as 3rd Strike still enjoys after 20-plus years, these are the arcades where devotees of classic arcade rivalries meet, share knowledge, and compete. They are destinations that fanatical players from around the world make pilgrimages to, to learn competitive games of all kinds at the highest level. Though many of the games they operate can now be played online and conveniently from our homes, the Game Newtons and the Mikados of the world are the glue keeping decades-old live competition alive.

And COVID will kill them.

Competitive scenes for arcade games are dwindling by the day. As the arcades in America have successfully transitioned from mall hangouts to bars with a nostalgia trip, peak-level competitions for music, rhythm, and fighting games have also evolved into online platforms like Fightcade or local meetups with consoles and monitors. In Japan, specialty arcades have carved out their own dedicated corners to keep local scenes for these games alive, and to act as destinations for players across the globe to learn from the best of the best. But as the pandemic eats away at a population struggling to contain it, the sun may finally set on a significant piece of video game culture.

“The saddest thing about arcades shutting down is that once they’re gone, they’re gone.” This is according to Andrew Fidelis, an American expat who relocated to Japan after college. An event organizer and streamer, Fidelis is one of the Western faces of Japan’s thinning competitive arcade scene, helping to run streams of large classic game tournaments for game centers like Game Newton and for famous professional players like Street Fighter icon Daigo Umehara. “New arcades and new communities are not being opened,” he tells me via email. “There might be a day in the near future where fighting games in arcades just don’t exist anymore.”

While the arcade market in the US still has destination locations like Galloping Ghost near Chicago and New Hampshire’s Funspot, most have evolved into bars with a noncompetitive atmosphere or chain restaurants like Dave & Buster’s with a sea of ticket games. Places like these exist in Japan as well, but many game centers in the country have a different reputation. Some are known as a local hangout for Capcom’s Vampire (Darkstalkers in the West) players. Others for Cave’s DoDanPachi crowd. In the 1990s heyday, a certain tribalism flourished among arcade goers and their operators that still exists. Think of them how we romantically recall old biker bars: The gangs hang out in different locations. Occasionally, they find time to rumble. “Certain places are considered the homes of certain games,” says Fidelis. “You have to know where to go.”